Although Black History Month ends on February 28, we can continue to recognize and reflect on Black history in the United States. Here are ten books by Black authors that I have read and would recommend for learning about Black American history, culture, and experiences.

The Autobiography of Malcolm X, as told to Alex Haley

Malcolm X has an incredible story that takes him from prison to one of the most influential figures in the fight for racial justice. His autobiography was published after his assassination in 1965 by his writing collaborator Alex Haley. (Haley also wrote the best-selling novel Roots, which traces the story of an African sold into slavery and the generations to follow.) The Autobiography of Malcolm X was subsequently made into a movie starring Denzel Washington.

I Know Why the Caged Bird Sings, by Maya Angelou

Maya Angelou uses her poetic voice to beautifully tell her own story. The first of seven volumes in her autobiography, I Know Why the Caged Bird Sings takes us through Angelou’s early childhood and teenage years. The book details her experience of racism in the South, surviving childhood abuse, and becoming a mother at age 17. Coincidentally, the next author on this list helped encourage her to write about herself.

The Fire Next Time, by James Baldwin

The Fire Next Time is a book of two previously published essays by James Baldwin that came out in 1963. The first is a letter to his young nephew about dealing with race in the United States, written for the 100th anniversary of Emancipation. The second is a very personal essay about the intersection of religion and race in Baldwin’s life, which you can also read in The New Yorker. Really, you can’t go wrong with anything written by James Baldwin, in my opinion.

Between the World and Me, by Ta-Nehesi Coates

Inspired by The Fire Next Time, Ta-Nehisi Coates wrote and published a letter to his teenage son about being Black in America. It is a powerful, moving, and tragic series of lessons that no father should have to teach. Between the World and Me won the 2015 National Book Award for Nonfiction and was one of three finalists for the 2016 Pulitzer Prize in General Nonfiction.

Slavery has been abolished. Jim Crow laws are no longer legal. But Michelle Alexander, a former lawyer who is now a professor, argues (quite effectively) that our criminal justice system and policies of mass incarceration have become a new way to disenfranchise members of the Black community. Here in Vermont, African Americans make up 1% of residents but 8.5% of the prison population. The New Jim Crow is more academic than literary, but makes for a compelling read.

Also on the academic side is White Rage by Emory University professor Carol Anderson. The book expands on her 2014 op-ed in the Washington Post about the killing of Michael Brown and the ensuing protests in Ferguson, Missouri. Anderson takes us from the post-Civil War Reconstruction era through the Trump presidency to illustrate the systematic ways Black people have been prevented from advancing. White Rage showed me a cyclical history of our country that I wasn’t taught in school.

How to Be an Antiracist, by Ibram X. Kendi

Ibram X. Kendi’s #1 New York Times Bestseller weaves together his personal story with the racial inequity we see in the United States. He helps us identify the various ways that racist ideas manifest themselves and provides solutions for us to actively oppose racism. He shows that it isn’t enough to be “not racist”—if we are to achieve racial justice and equity, we must be antiracist.

Recently made into a feature film, Just Mercy tells the true story of Walter McMillian, a Black man wrongfully sentenced to death for a murder he did not commit. Lawyer Bryan Stevenson shares his inspiring efforts to overturn this sentence and so many other wrongful convictions, as well as how he formed the Equal Justice Initiative to fight mass incarceration, excessive punishment, and racial and economic injustice.

Almost 15 years after I first read it in high school, Ralph Ellison’s seminal work remains one the most powerful and memorable books I’ve ever read. Contrary to what my naïve teenage mind pictured, it’s not about a literally invisible man a la H.G. Wells. As the protagonist, who remains nameless throughout the novel, says on the very first page, “When [people] approach me they see only my surroundings, themselves, or figments of their imagination—indeed, everything and anything but me.” Listed on multiple lists of the 100 best novels of the past century, the winner of the 1953 U.S. National Book Award for Fiction was fittingly written in a barn in Waitsfield, Vermont.

The Bluest Eye, by Toni Morrison

What reading list of African-American books and authors would be complete without including Nobel laureate Toni Morrison? Morrison’s debut novel The Bluest Eye follows a young Black girl in Ohio who wishes for blue eyes to appear whiter and more beautiful. As with many of her books, Morrison explores some difficult themes in addition to race. Similar to James Baldwin, you can start anywhere in Morrison’s bibliography—Song of Solomon, which won the National Book Critics Circle Award, or the Pulitzer Prize-winning Beloved are also well worth reading.

Nick Bohlen is a communications specialist at VSECU, sharing ideas and information with staff, members, and Vermonters. When he’s not writing, he enjoys reading, traveling, and exploring Vermont’s great outdoors with his wife and dog.
See all posts by this author 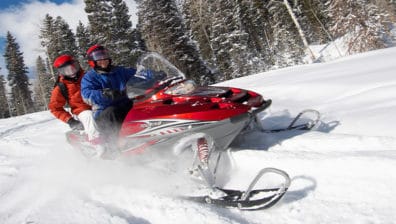