About Mike Norris Mike Norris is a 5th generation Vermonter (going to back to when New York and New Hampshire were arguing over what to do with so-called Vermont). Having been raised in the small town of Monkton, he embarked on a three and half month uncharted solo motorcycle trip around the USA in his late thirties to determine whether there was another place for him in this world other than Vermont. To almost no one’s surprise, he was not able to find the next Shangri-La and here he is, firmly entrenched in Pittsford. Having cut his teeth in his twenties at a transformer (design/build) manufacturer with roles in sales and production engineering, he took a slight turn into the fast paced arena of commercial insurance and enjoyed the profession for 10 years. In addition to insurance activities, he developed some investment properties, and by 2014 owned six residential rental units. In 2014, he started helping his brother Pete with a commercial solar development model. They launched their business, Norris Brothers Solar Development (NBSD), LLC, by permitting and building three solar arrays, each covering about an acre and generating about 30 households worth of power a year. Since then, NBSD has built numerous similarly-sized and larger projects and has partnered with industry leaders. They have been able to successfully navigate the unchartered waters of the new solar permitting regulations and the federally mandated tariff climate. When he’s not permitting and managing the construction of solar projects, he is enjoying time at home with his wife and their two dogs, Holly and Peanut.
See all posts by this author 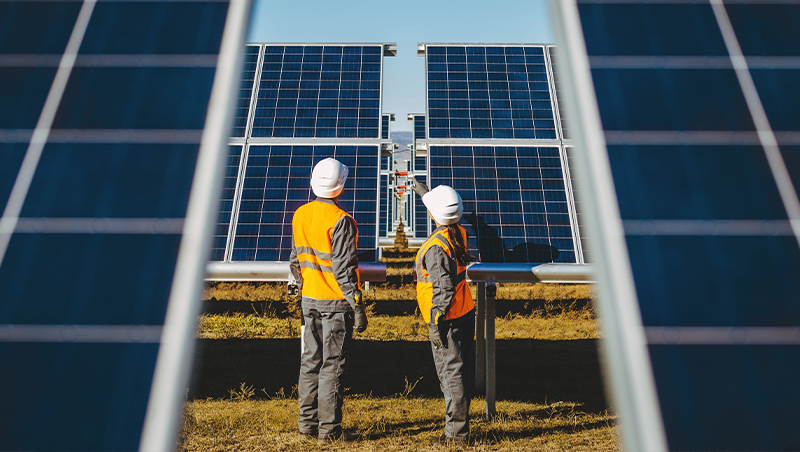 Should My Business Go Solar?