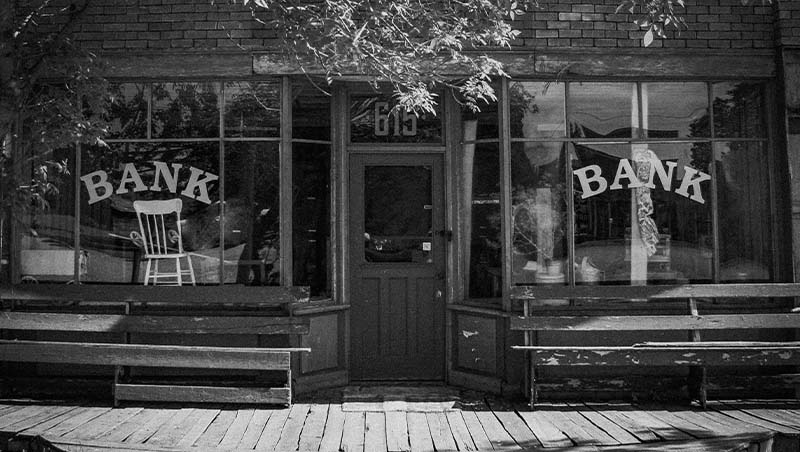 People have been lending for thousands of years, even before money. The grain banks of ancient Egypt bought and sold commodities based on their value in grain. It feels natural for the concept of a “loan,” something that is so integral to modern everyday life, to be almost as old as civilization itself. Surprisingly, some aspects of lending that we take for granted today are relatively new. Although lending itself has been around longer than written history, the first credit bureaus were created less than 300 years ago, and credit scores are only about 30 years old.

The “Big Three” credit bureaus that are used in the United States are Experian, Equifax, and TransUnion. These organizations compile financial information on borrowers: their payment history, current debts held, and other financial information. The bureaus receive this information from public records and lending institutions. They use a combination of a borrower’s payment history, account diversity, number of recent inquiries, and other factors to assign each borrower a credit score between 300 and 850 points. Credit scores are used by lenders to grade a borrower’s “creditworthiness”—that is, how risky it would be to lend the borrower money. Since lending to someone with a low score is riskier, lenders will offer a higher interest rate to a borrower with a low credit score than a borrower with a high credit score.

Before this system of credit scoring existed, every borrower was an unknown factor. Consequences were great on both sides: A gullible lender could become destitute if their borrowers skipped town and disappeared without a trace. To mitigate this risk, lenders would charge crippling interest rates, and if a borrower couldn’t keep up with their payments they could end up in debtor’s prison, or even hanged.

Up through the 19th century, the far safer and more common route was borrowing that existed within a known relationship, such as between retail stores and their regular customers. Everyone in the retail sector, from corner grocers to the giant department stores, gave credit to their customers, in the form of payment plans for large purchases or by keeping an open tab for small, regular purchases. It is in this 19th-century retail sector that the credit report bureaus now known as Experian, Equifax, and TransUnion first began. 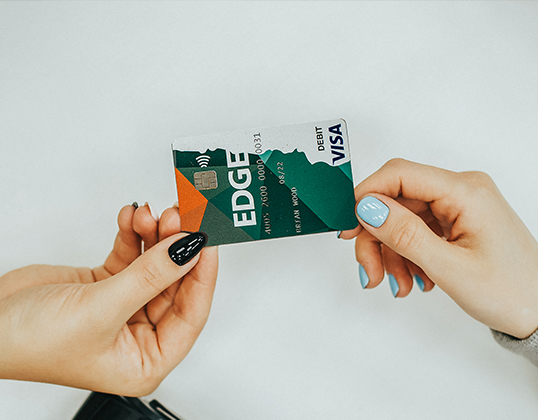 HISTORY OF THE BIG THREE

Experian’s roots began in the early 19th century. In 1826 in Manchester, England, the “Society of Guardians for the Protection of Tradesmen against Swindlers, Sharpers and other Fraudulent Persons” (later known as the Manchester Guardian Society) was formed. This was a group of English tradesmen that would share information about customers who failed to settle their debts. In the 1960s, a British retail conglomerate Great Universal Stores (GUS) extended credit to millions of customers by offering payment plans for their products. In the process of gathering and computerizing their customers’ repayment information, GUS created one of the largest credit databases in the United Kingdom, and eventually acquired the Manchester Guardian Society and became Experian UK.

The United States branch of Experian began in 1897 when Jim Chilton created the Merchants Credit Association. Chilton introduced two important practices in credit gathering: he listed good credit as well as bad and convinced merchants to pool their information on a confidential basis. These practices quickly became industry standards. Chilton’s corporation would later be acquired by TRW, the company which became Experian US.

Equifax was formed by two grocers who compiled lists of customers who did or did not pay back their tabs. In 1899, they created the Retail Credit Company and compiled their list of customers’ payment histories into a book which they sold to merchants. They grew steadily through the first half of the 20th century before rapidly expanding in the 1960s, opening 1,700 branches and sub-offices throughout the United States. In 1979, The Retail Credit Company changed its name to Equifax. Many believe that this was a re-branding effort after frequent violations of the Fair Credit Reporting Act, Equifax being a portmanteau of “equitable facts.”

By the turn of the 21st century, Experian, TransUnion, and Equifax had grown to dominate the credit reporting sector in the United States. These days, if you apply for a loan, an apartment rental, a job, or any other inquiry that requires your credit, the agency will almost certainly use information from one or more of the “Big Three.”

In the early 20th century, the retail and banking sectors attempted to universalize credit reports via interconnected networks of “credit men.” These “credit reporters” investigated borrowers across the country and shared information through regular bulletins. Credit reporters could submit information to the bulletins about upstanding borrowers and lenders, recent scams, and other relevant news. They could also request information, such as the reputation of a potential lender, or the whereabouts of a borrower who had skipped town with outstanding debts.

Though these networks cast a wide net, there was only so much information that could be kept in what was essentially a monthly paperback of Front Porch Forum posts. Fraudsters could still slip through the cracks, borrowing huge sums of money and then disappearing without a trace. Honest borrowers were hurt by this imperfect system as well; you could have a perfect credit history, always paying your debts back on time, but still be met with distrust any time a lender didn’t personally know you.

Additionally, these reports remained quite subjective. They would report on relevant data such as “balance sheets, earnings statements, [and] profit & loss accounts,” but also “character, reputation, [and] personal habits.” Including this kind of information in credit reports inevitably allowed lenders to judge a borrower’s creditworthiness not just on their payment history, but on their race, religion, marital status, and other classes that are now protected from discrimination.

In the 1960s, two major revolutions changed the world: the technological revolution and the social revolution. The era of data cards stored in filing cabinets was phasing out as more and more businesses began to store information electronically. Once banks and retailers were computerized, people were no longer able to outrun their past.

This terrified consumers. They feared for their privacy and their ability to borrow. Any mistake someone made could follow them for the rest of their life. Could a couple of missed payments in your twenties prevent you from getting a car at age 40? There was very little oversight at the time over who could access a credit report, so the issue of privacy extended beyond finances. At the time, your credit report might include whether you’d had a divorce, and a social “black mark” like that could get you fired if your employer got their hands on your report. There wasn’t any way to access your own credit report, to know who was using it, or to dispute inaccurate information.

In response to these fears, the 1970 Fair Credit Reporting Act (FCRA) was signed into law. To prevent people’s pasts from affecting their credit report long after they’d cleaned up their act, the law put a seven-year expiration date on the payment information included in the report. To protect consumers’ privacy, the FCRA limited access to credit reports to specific permissible purposes. The act also gave consumers the right to recover damages due to inaccuracies in their reports.

At the same time, the social revolution was in full swing. African Americans and women were demanding equal rights, and a big aspect of their fight was the effort to end racist and sexist lending practices. A big step in that process was the passing of the Equal Credit Opportunity Act in 1974, which made it unlawful to discriminate against borrowers based on race, sex, and marital status, among other factors. Given this, the age of credit men investigating irrelevant aspects of a borrower’s “character” or “reputation” was over. It no longer paid to investigate a borrower’s lineage or marital status. With that change, credit reports shifted from a mishmash of fact and opinion and became far more quantitative.

From there it was a natural step to condense the data from a consumer’s credit report into a single measurable score. In 1989, Fair Isaac and Company created the FICO® Score to grade consumers’ creditworthiness based on their files with Experian, Equifax, and TransUnion. This scoring system is still in use by the Big Three to this day.

Although the general methods of collecting and compiling the information have changed very little since 1970, various scandals involving the Big Three have inspired changes in the regulations that govern credit bureaus. For instance, in 1991, Experian’s parent company incorrectly reported that 1,400 Vermonters had not paid their property taxes, which had negative effects on their credit scores. This error, among others, led to the 1996 amendment to the FCRA. This amendment required credit bureaus to respond to disputes in a timely manner and expanded the duties of credit furnishers, i.e. credit unions and banks.

Several incidents of fraud in the late 1990s and early 2000s led to the 2003 Fair and Accurate Credit Transactions Act (FACTA). FACTA added several sections to the FCRA to help consumers combat and reduce the damage of identity theft. It also established a national fraud alert system and granted consumers the right to request free annual credit reports from credit reporting agencies.

THE IMPORTANCE OF UNDERSTANDING CREDIT BUREAUS

Credit bureaus are not perfect. They continue to deal with preventable data breaches and irresponsible responses, such as the events of the 2017 Equifax breach. The hackers involved took advantage of a chain of insecurities, including a widely known but unpatched vulnerability in the consumer complaint web portal and a database of usernames and passwords that were stored in plain text. Equifax did not publicize the breach until over one month after it was discovered internally, and about three weeks after several Experian executives sold stock, inviting allegations of insider trading.

Although they may seem mysterious, credit bureaus are not a shady cabal. They are massive organizations and not entirely transparent, but they are accessible. They did not spring fully formed from the earth. They have clear beginnings, their growth and transformation have come about gradually, and they continue to change to this day.

Despite their major fumbles, credit bureaus perform an important service that affects almost every American consumer, many of whom would not be able to effectively borrow without a credit score. It is important to know the history and imperfections of the credit bureaus to understand the policies that keep them in check. We must keep this history in mind any time a new law is proposed to expand or restrict the power and responsibilities of these organizations. We, as consumers and voters, need to understand credit reporting’s past if we want to have a hand in what will become of its future.

Natalie Powell is a member service consultant at VSECU. She lives in Montpelier, VT and works to help people achieve financial goals of all sizes; from opening their first savings account to refinancing their auto loan and everything in between. She has a BA in mathematics and a background in customer service and the culinary arts.
See all posts by this author 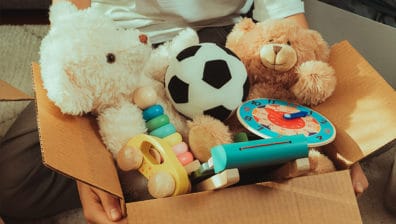 How to Avoid Over-gifting and Save Money This Holiday Season 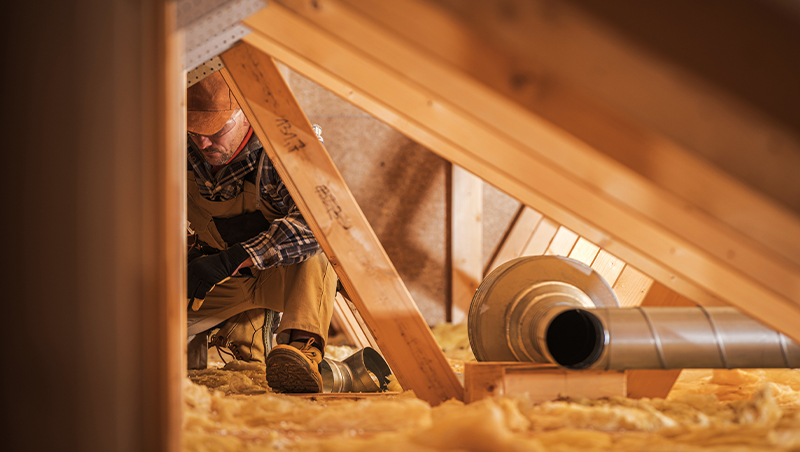 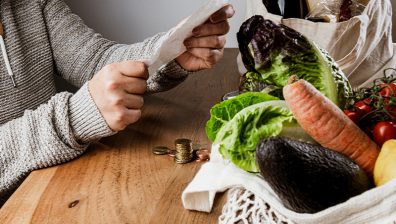