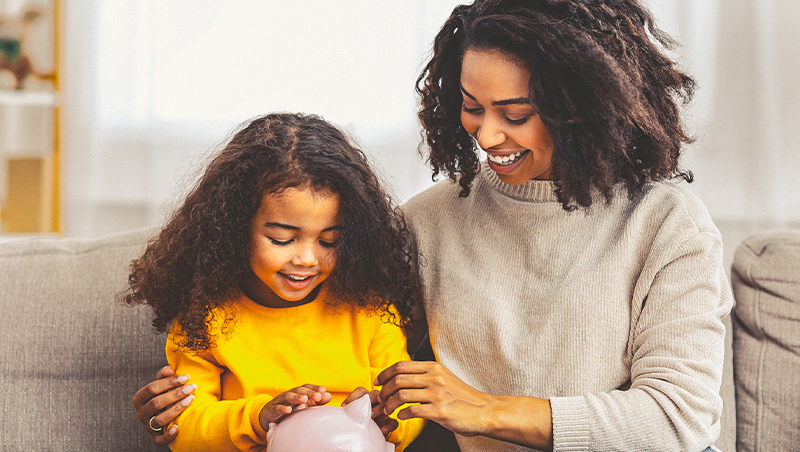 Navigating our financial system can be difficult, but it has been that much harder for the Black community after the abolishment of slavery. Jim Crow laws made it nearly impossible to get a loan or even open a bank account. African Americans would need a white man to vouch for them to even be considered for a loan. When we step back and examine our financial system, do we truly understand how far we have come in making it more accessible? Do we know how it difficult was for those individuals who helped pave the way?

Wright was born into slavery in 1855. After the Civil War ended, his mother moved them to Atlanta, Georgia, where he enrolled in Storrs School, which was created to educate the children of freed slaves. He went on to become valedictorian of his class in 1876 at Atlanta University. Wright continued a career in education and founded the Georgia State Industrial College for Colored Youth in Savannah, Georgia in 1891. He served as the school’s president from 1891 to 1921.

Even having already accomplished so much, Wright moved to Philadelphia after retiring as the school’s president to open Philadelphia’s Citizens and Southern Bank and Trust Company. At the time, it was not just the only Black-owned bank in the North, but also the first Black trust company. In 1927, Wright and C.C Spaulding, a North Carolina banker, formed the National Negro Bankers Association, the first organization of Black-owned banks in the United States. There were initially 14 Black-owned banks in the National Negro Bankers Association. Wright’s vision for the organization was to bring minority banks to come together and look for advancement within their communities and businesses.

Walker was born in Richmond, Virginia in 1864. When learning about Walker, I found that she was someone who always looked for ways to benefit her community, from being an educator for many years to running the Independent Order of Saint Luke, one of the largest African American societies to this day. Through the Order, which was all about community advancement, Walker founded the St. Luke Penny Savings Bank, the newspaper called The Saint Luke Herald, and a department store known as Saint Luke Emporium. According to the National Museum of American History, these endeavors created jobs that Walker primarily gave to Black women. By 1899, Walker was elected as the Right Worthy Grand Secretary, the highest leadership position within the Order. When she took the role, The Order was on the verge of going bankrupt and losing members every day. She would grow the Order from only 1,080 members when she started to over 100,000 by the 1920s.

Walker started the St. Luke Penny Savings Bank economic independence to the Black community. In doing so, she became the first Black woman to found a bank.

Racism and racial stereotypes meant that white bankers very rarely loaned money to African Americans. St. Luke Penny Savings Bank offered a much-needed alternative where members of the Black community could make deposits and take out loans. Before the stock market crash in 1929, Walker noticed a decline in St. Luke’s assets. This prompted her to merge St. Luke’s with two other Black-owned banks in Richmond, Virginia—Second Street Savings Bank and Commercial Bank and Trust— to form Consolidated Bank and Trust. Walker served as Chairperson of Consolidated Bank and Trust’s Board of Directors until her death in 1934.

Patterson was an African American farmer from Landis, North Carolina. During the 1900s, most farmers would operate under the “crop-lien system.” This allowed farmers to have credit to buy food and other needs. In exchange, the farmer would put up their next crop yield as collateral. The interest rates on this type of credit were very high—sometimes exceeding 60%. Even if the farmer’s next crop failed, the debt was still expected to be paid. This type of borrowing system was flawed in more ways than one, but for some, that was their only option.

In April of 1918, Patterson and 22 other farmers took $126 and organized Piedmont Credit Union, the first Black credit union in our country’s history. No one knew if the vision for the first Black credit union would even work but Patterson and his fellow farmers realized that things needed to change. They wanted to create a credit union that would offer relief to farmers who would not have been able to survive otherwise. The farmers who became members of Piedmont Credit Union made purchases together to save money and build their wealth. When a fellow farmer came to them in need of a loan, they were offered a fixed interest rate of 6%, which was unheard of at the time. If it were not for Patterson and his creation of a credit union, many of the farms would not have been able to go on.

Morton was born in Dale, Texas in 1936. She had a difficult upbringing, and while in her adolescent years, there were no schools for Black children, so Morton was sent to the charity-funded Texas Blind, Deaf and Orphan School. She graduated with high honors at the age of 16. She went on to attend Huston-Tillotson, an all-Black college in Austin.

In 1957 Morton was hired to work at Texas AFLCIO, a major labor union. She later moved to Washington, D.C. to serve on the Committee on Equal Employment Opportunity under President John F. Kennedy. This started her twenty years of service in the public sector and ultimately led to her becoming the Treasurer of the United States in 1977. As Treasurer, Morton was responsible for receiving and holding all government funds, including the United States’ billion-dollar gold reserve. Morton’s signature appeared on all the $1, $5, and $10 bills between 1977 and 1979. These dollar bills with her signature are considered rare. To this day, she is still the only Black person to have ever held that position.

All these individuals broke the mold and surpassed the limitations that were placed on them. Without their contributions, our Black communities would have had a significantly different experience within the world of finance. They would not have had access to bank accounts to keep their funds secure, farms would have struggled to be self-sustaining, and they would not have had role models in positions of political power, driving to make change. These individuals helped to set the bar and prove that their history does not have to define them.

However, we still have a long way to go to build off the foundation of these empowering individuals and achieve true racial equity in our financial system. According to a 2019 study by the Federal Deposit Insurance Corporation, 13.8% of Black households remain unbanked to this day, while white households are significantly lower at 5.4%. However, the percentage of unbanked Black American households has declined from 18.5% in 2015. As we look forward to the years ahead, ideally that number will become even smaller and more Black Americans will have access to our financial system. 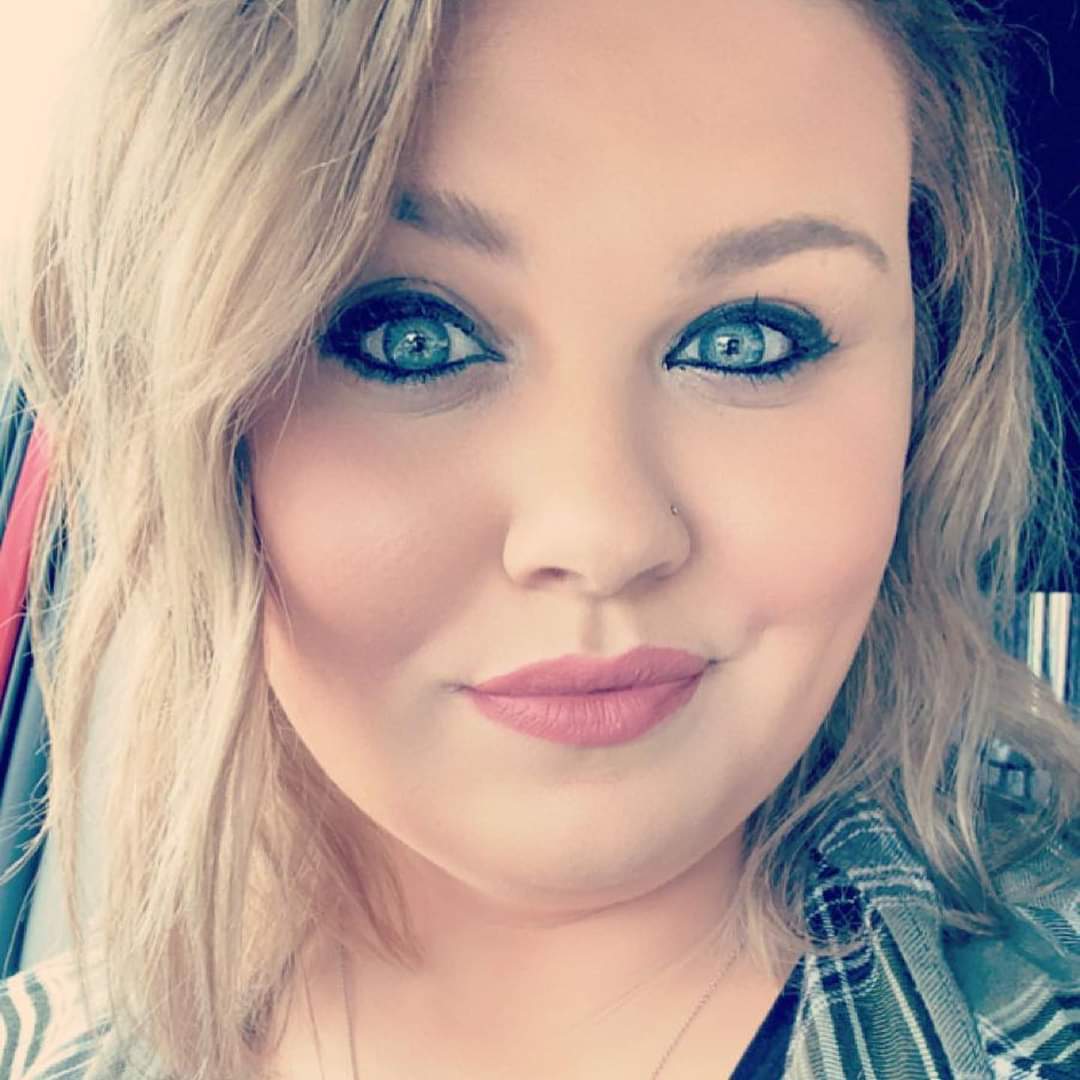 Courtney Guyette is a senior call center consultant at VSECU’s Contact Center. When Courtney is not working, she enjoys volunteering for the Waterbury Ambulance Service as she works towards becoming an EMT. She loves coming home to snuggle her pets and envision more home remodeling projects.
See all posts by this author 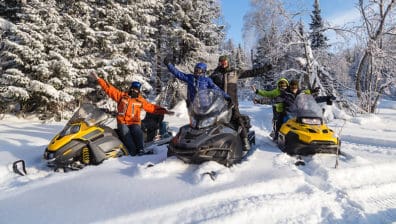 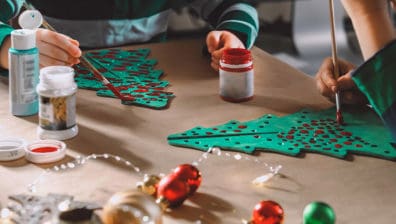